Unique Excavator Attachments To Speed Up Your Construction Projects 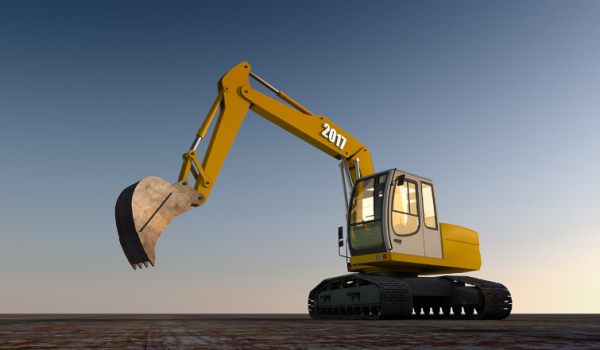 The excavator has become an indispensable machine as far as construction, infrastructure, forestry road works and landscaping go.

This has come to pass mainly due to the fact that these machines are ever evolving and have become more versatile than ever before due to the various attachments that they are able to accommodate to manage the various tasks that these machines are expected to perform. This article about excavator hire attachments will examine the Kubota KX040 Hydraulic 6 in 1 Blade (mini excavator), Okada's TOP 60B and the Blue Diamond Plate Compactor and the

Kubota’s latest 6-in-1 hydraulic blade enables operators to be more efficient and save time all at once. One reason for this is the enhanced blade capacity which has increased by nearly 0.6cubic meters in comparison to most standard blades and the best feature about the blade is the fact that it is now capable of six different positions (right-end up, left-end up, left-end forward, raised, and lowered and controlled by a dozer lever. Operators could easily angle blades to the right or left to move soil away from the excavator as it moves forward which eliminates the need for angle positioning whilst conducting trench back filling. The blade stretches across the width of the machine which in other words means more surface area covered and hence less time needed to work an area. Efficiency based on several tests is improved by 35 % with the Kubota KX040 Hydraulic 6 in 1 Blade for mini excavators.

The Blue Diamond is a plate compactor that could be fitted to not just excavators, but they good easily be fitted into skid steers, backhoes and mini excavators. The design of the Blue Diamond Plate Compactor is said to be unique due to the attachment’s ability to shield the machine it is fitted to from excess vibrations without undermining the rate of compaction. The blue diamond produces lesser noise and is no bigger than the standard buckets and. There are two versions of the blue diamond, the C310 which weighs approximately 250kg making them suitable for excavators ranging between 3000 KGs and 12,000 KGs, the C410 model weighs approximately 450 KGs and works well with machines that way above 12,000 KGs, but under 22,000kg. Both units are fitted with a high-pressure cutoff valve that keeps the motor safe.

The ‘hammer of the gods’ for heavy industry machines, the Okada's TOP 60B hammer is a class of its own. The system uses nitrogen gas for cushioning the pistons on the pistons upstroke move, which in turn increases the piston’s down-stroke which makes this particular hammer attachment suitable for demolishing work. The long stroke design of the attachment effectively increases the impact intensity’ whilst simultaneously reducing vibration. The TOP 60B by Okada was specifically designed to be used on compact and medium sized excavator hire machinery and as well as skid-steers and track loaders. Breaking at a rate of between 730 and 970 blows every sixty seconds, it is no wonder some even refer to the Okada as ‘Thor’.

Tweet
Published in Automotive
More in this category: « Make driving more affordable with an EURO 5 to EURO 6 conversion
back to top